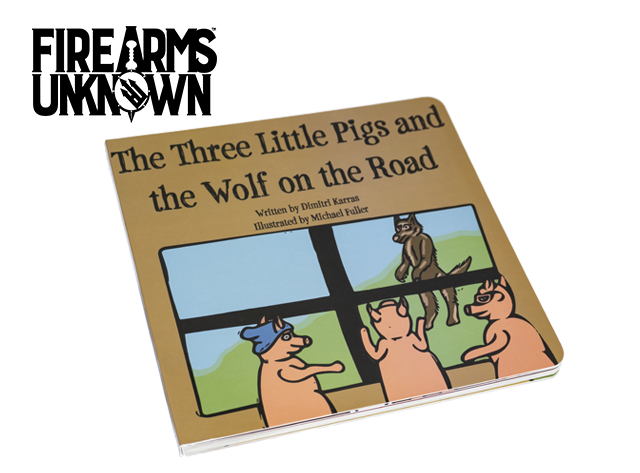 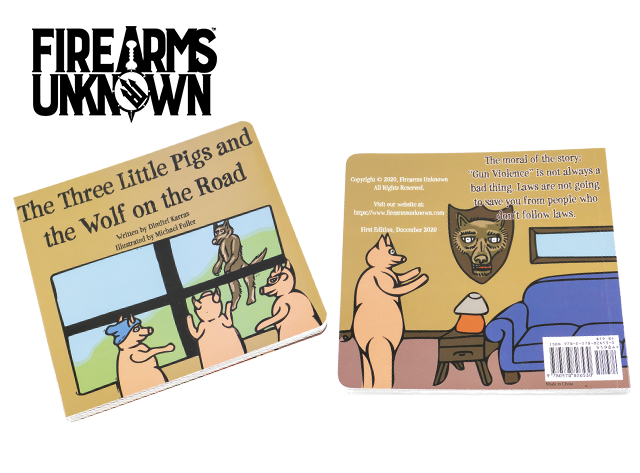 Are you sick of liberals propagandizing our kids into an emotion based hypocritical ideology? So are we. ISBN: 978-0-578-82653-0

Are you sick of liberals propagandizing our kids into a hypocritical emotion based ideology? So are we.

This is a retelling of the well known children's tale, The Three Little Pigs. Whereas the original story taught a great lesson on the importance of hard work and perseverance, this version focuses on the more modern issue of political laziness. While it may seem to some that government and its attempted monopolization of violence is the answer to every ailment of society's soul, that sort of sophistry will lead you to smack your head straight against the brick wall of reality.

1. The government will not be there to help you when it matters.

2. The people most generally affected by gun regulation are people who were not a threat anyway.

3. Violence, contrary to popular adage, does in fact solve problems.

In The Three Little Pigs and the Wolf on the Road, our characters learn these simple truths the hard way.

Warning, if you are trying to raise your child into a blubbering feminist cuck with purple highlights in their hair, this book is not for you.

This is the first book in a new series written by Dimitri Karras and illustrated by Michael Fuller, there will be many more to come.

Want a signed copy? We have them. Also, 100% of the proceeds for the signed version will be donated to the Firearms Policy Coalition, so you can help them fight the multitude of gun rights cases they are currently engaged in. Click here to get the signed version.

You can also watch it being read for free on YouTube: