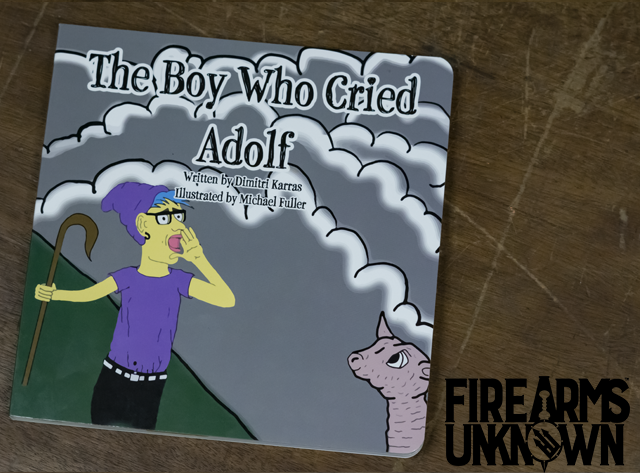 The Boy Who Cried Adolf - Book 2

Just because someone doesn't have the same beliefs as you doesn't mean they're a Nazi.

This is a retelling of the well-known children's tale in adult form, The Boy Who Cried Wolf. Whereas the original story taught the reader to be cautious about raising false alarms, this version focuses on the more modern issues of social justice and virtue signaling. While it may seem to some that someone with a differing point of view or lifestyle you don't agree with is evil; calling someone a Nazi and trying to persecute them for their beliefs will get you punched in the face... This is real life, not the internet.

1. Believing in capitalism doesn't make you a Nazi.

3. Having a different opinion on political issues doesn't make you evil.

4. Trying to dictate how others live makes you the Nazi.

In The Boy Who Cried Adolf, our character learns these simple truths the hard way.

Disclaimer:   Warning! The content in this book contains premises and themes that may be offensive to some.

This is the second book in a new series written by Dimitri Karras and illustrated by Michael Fuller; there will be many more to come.

F is for Firearms - Coloring Book 1

Why Guns Should Be Banned in America: The Definitive Argument - Beazit Book