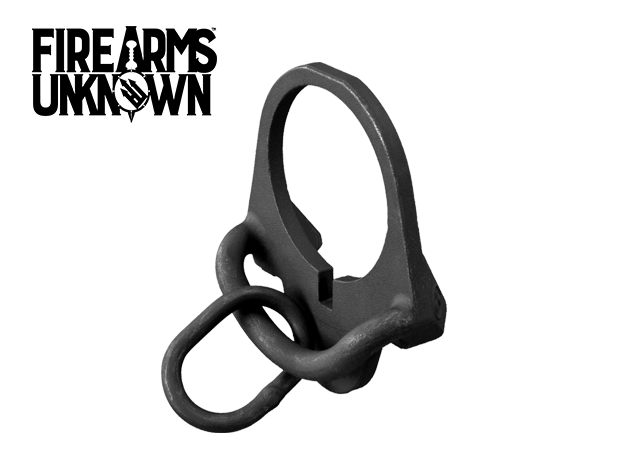 The ASAP Ambidextrous Sling Attachment Point allows a range of motion greater than 180 degrees, enabling true ambidextrous weapon manipulation for both left and right handed shooters. The ASAP replaces the standard AR15/M4 carbine stock receiver end plate, providing a tactical advantage by minimizing sling snagging and facilitating easy transition to and from weapon and reaction side shoulders. The ASAP works with one-point type slings with snap hook style attachments such as the Magpul MS3. Made from precision cast black manganese phosphatized steel, the ASAP is compatible with both mil-spec and commercial-spec carbine receiver extensions (buffer tubes). The ASAP has been proven to withstand stress tests of over 300lbs.

NOTE: The ASAP is NOT compatible with A1/A2 fixed stocks as well as any other similarly mounted stock such as the Magpul PRS®, UBR®, and MOE® Rifle Stocks.

All
AR15
Can Be Bought With Bitcoin
Firearms Unknown