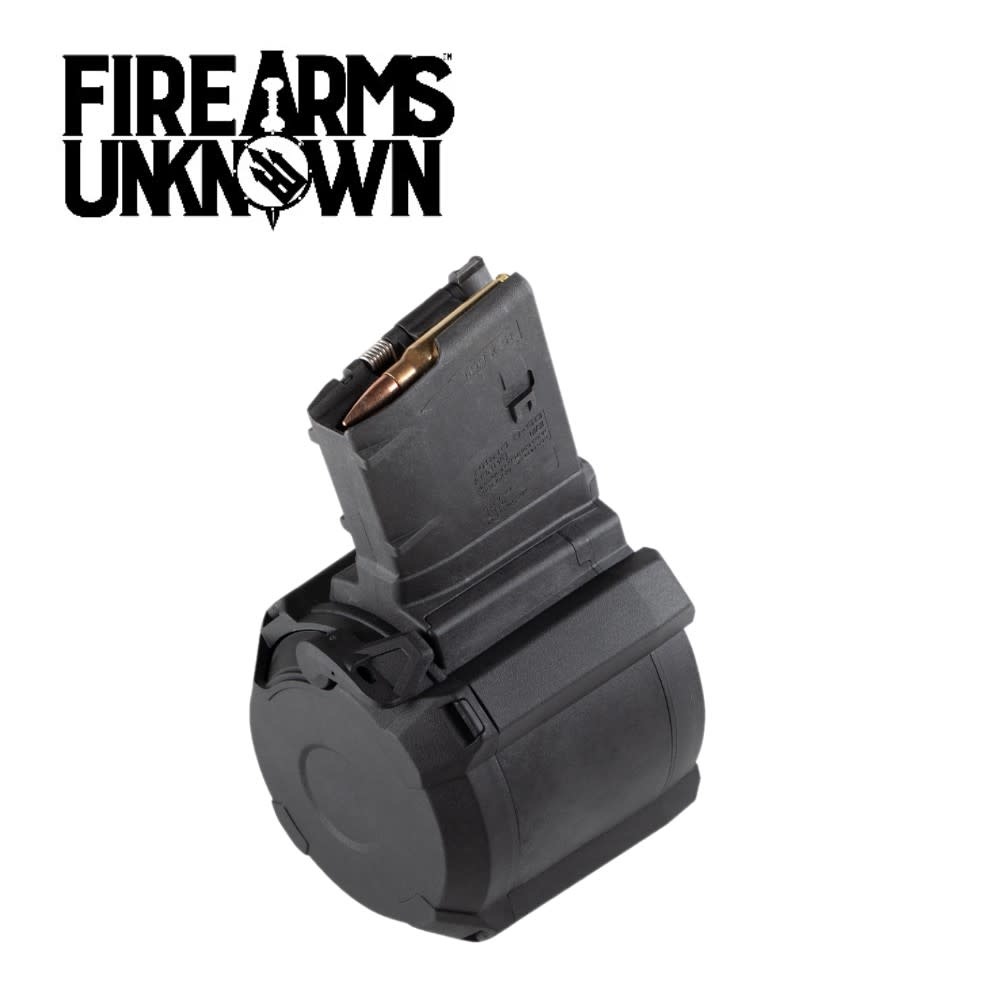 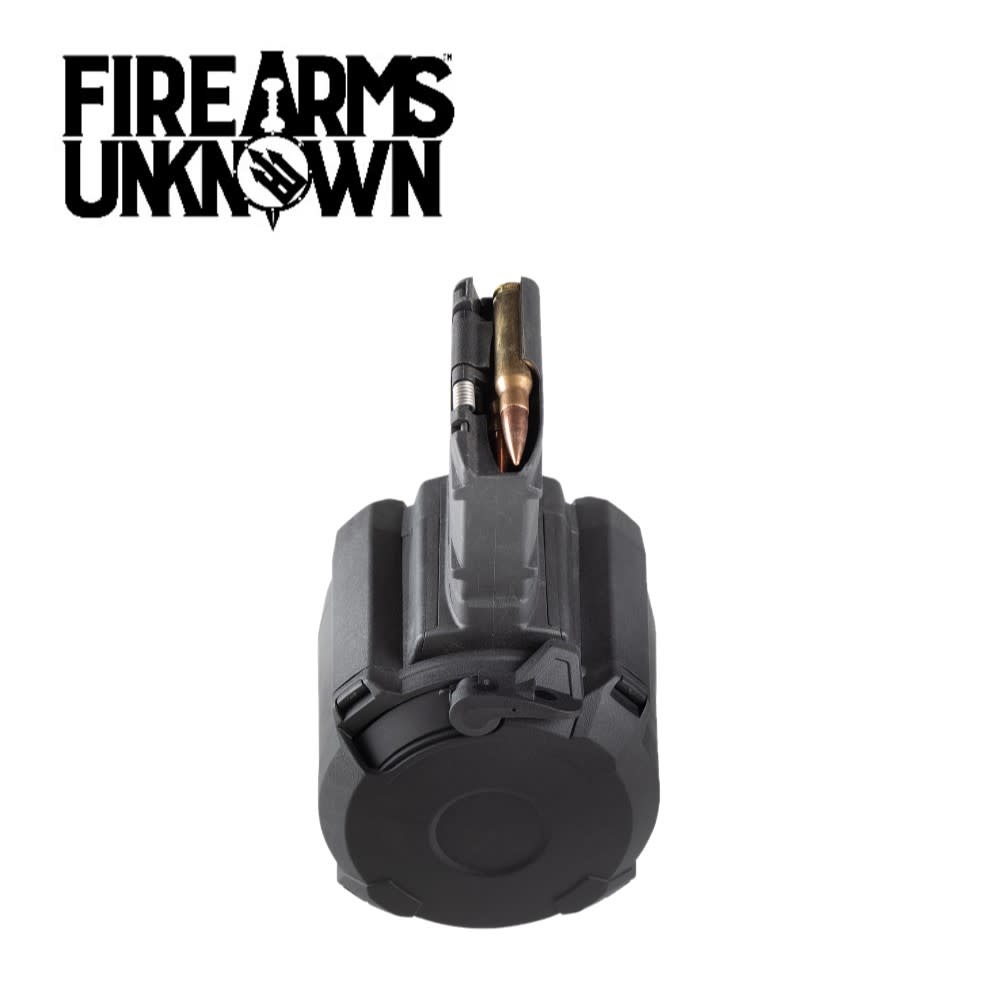 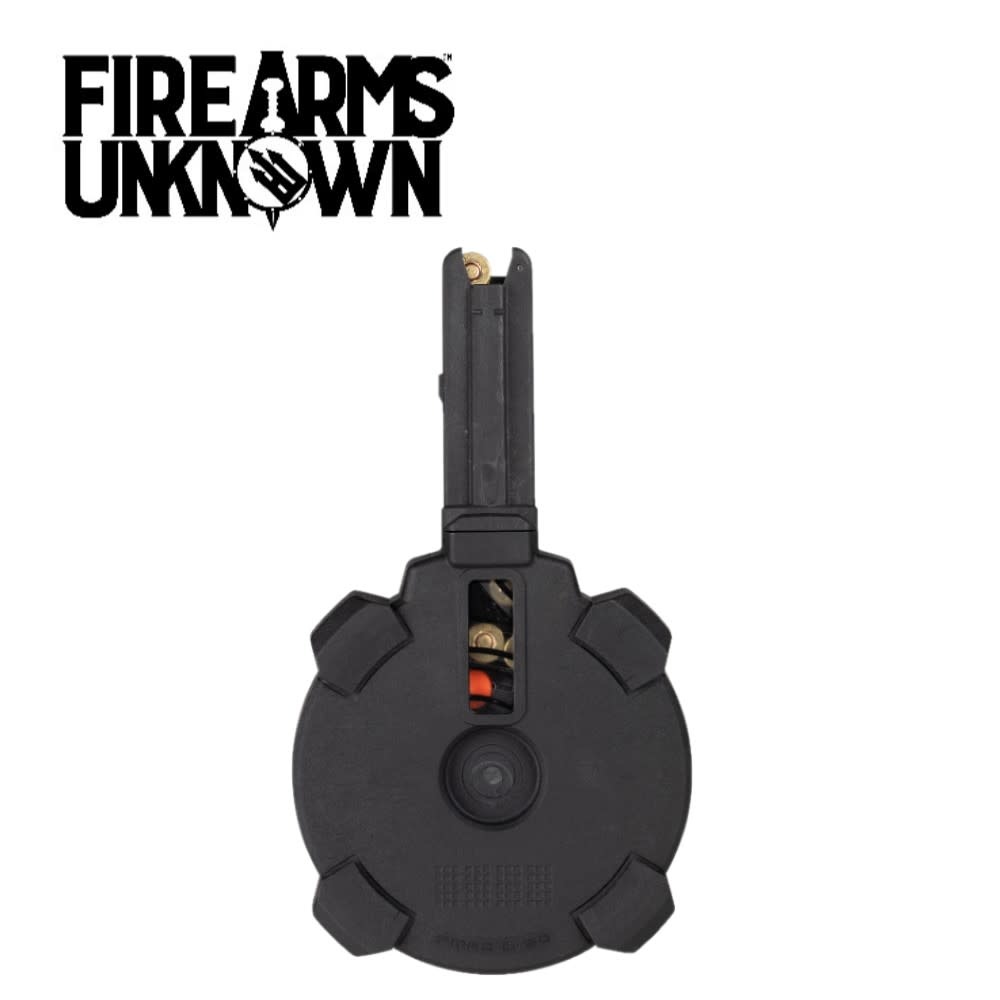 The Magpul PMAG D-50 is a rugged, lightweight 50-round polymer drum magazine designed for 7.62x51 NATO/.308 Winchester ammunition for SR25/M110 pattern rifles. It’s capable of using longer-than-SAAMI-spec match ammunition, up to 2.830” OAL, such as M118LR. Engineered to the same exacting standards as the famous Magpul PMAG and PMAG D-60® drum magazines, the D-50 continues the PMAG tradition of high-capacity performance and dependability.

A ratcheting loading lever removes spring tension, making the D-50 easily loadable by hand. An anti-glare translucent window on the rear of the drum makes for quick positive visual indication of remaining ammunition. Additionally, the D-50 can be disassembled quickly with a simple flat blade screwdriver or similar tool and it comes with a dot matrix pattern that allows for easy marking and identification

At approximately 1.7 lbs empty, and 4.5 lbs loaded, the Magpul D-50 is one of the lightest 50-round 7.62x51/.308 drums available, and it's priced well below the current competition. The D-50’s unique drum configuration gives it roughly the same overall height profile as a standard 25-round PMAG, making storage easy and shooting from various positions--including prone--no different than with smaller capacity magazines.

*Optimized for use only with 7.62x51 NATO/.308 Winchester cartridges.  Use with other calibers such as .260 Remington or 6.5 Creedmoor is not recommended.

All
Can Be Bought With Bitcoin
Firearms Unknown
LR308